0
Your Cart is currently empty!
There are 0 Item in your cart update
Total : 0.00 ฿ Go To Cart checkout
Frigomat G60Nemox Gelato 12K ST 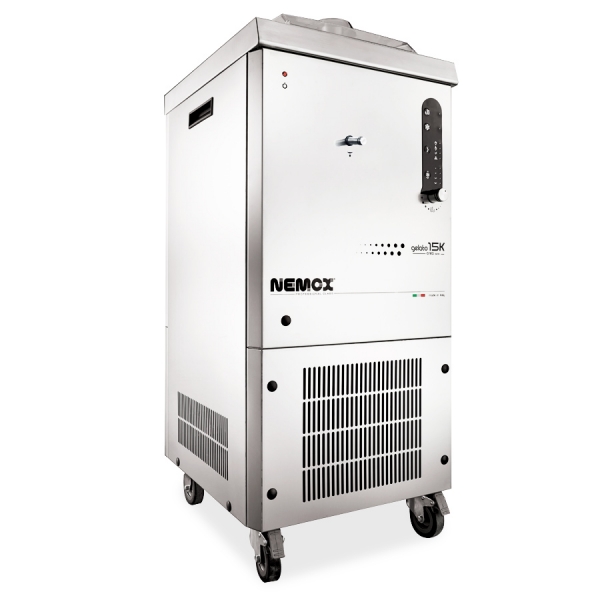 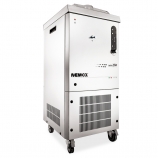 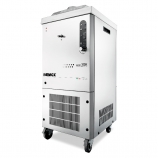 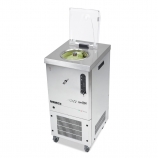 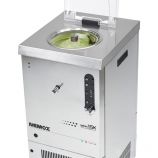 Main features:
Produce 3 kg (4 L.) in 8-10 minutes to 15 kg (20 L.) in an Hour.
Gelato 15K Crea is a gelato-storage machine that is able to satisfy the needs of both restaurants and gelato/ice cream shops.
Ask a question about this product
Nemox
Share:

Gelato 15K Crea is a gelato-storage machine that is able to satisfy the needs of both restaurants and gelato/ice cream shops.

Gelato 15K Crea is compact in size despite having the capacity of a much larger machine.

Gelato 15K Crea is able to churn 3 kg. of mixture at a temperature of 8 °C with an average cycle of 12 minutes.

The machine can work in manual mode where the operator decides when to end the freezing cycle or automatically.

The speed of the blade is adjustable between 60 and 130 rpm to allow the best freezing and overrun according to the recipe used.

When used in automatic mode, it is possible to select between 4 operating programs:

At the end of the programmed cycle, determined either by the achievement of the density or by the elapsed time, the machine enters automatically in storage mode.

The operator can choose between 4 different storage cycles, from a softer consistency to a greater one.

Thanks to the technology used Gelato 15K Crea has a limited weight and can be easily transported and moved, being equipped with 4 wheels of which two with breaks.

Cleaning is facilitated by an easy emptying system.

The case of the machine is made of stainless steel and the machine complies with NSF regulations applicable to food processing machines.