0
Your Cart is currently empty!
There are 0 Item in your cart update
Total : 0.00 ฿ Go To Cart checkout
Frigomat GX8Nemox Gelato 15K Crea 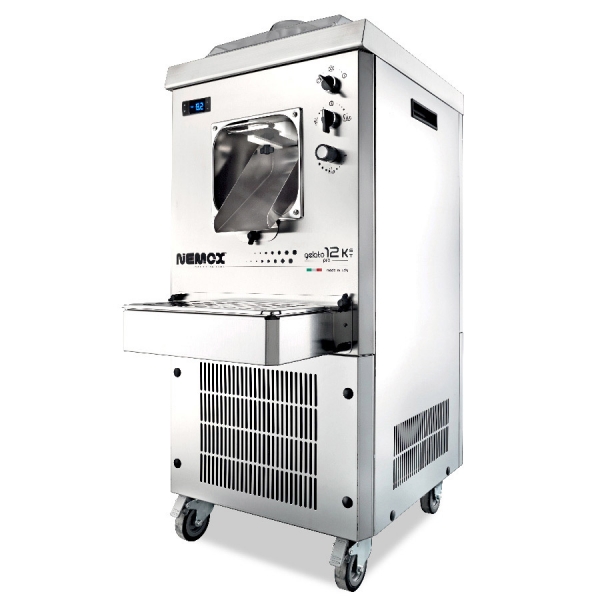 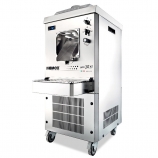 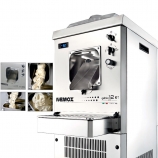 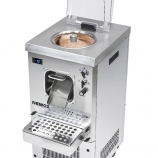 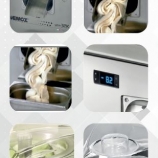 Main features:
Produce  3 kg (4 L.) in 10-15 minutes to 12 kg (16 L.) in an Hour.
It is a very powerful machine with frontal production extraction system.
With the Gelato 12K ST, it is possible to vary the rotation speed (60 to 130 rpm) of the mixing paddle for the best results of each recipe!
Ask a question about this product
Nemox
Share:

Gelato 12k ST is the gelato machine designed by Nemox for the professional who loves to study and develop his own recipes without being subject to too many constraints.

Gelato 12k ST is a robust but compact batch freezer with a vertical freezing system to respect tradition and quality, and frontal extraction of the ice cream to facilitate this operation.

Gelato 12k ST a is able to churn 3 kg of mixture at a temperature of 8 °C with an average cycle of 15 minutes.

The speed of the blade is adjustable between 60 and 130 rpm to allow the freezing and the best overrun according to the recipe used.

Gelato 12k ST is easy to use. The machine works in manual mode and the operator can decide when to extract the ice cream by reversing the direction of rotation of the blade and opening the gate.

To facilitate the extraction of the ice cream, the machine is equipped with a temperature programmer, which is set by the user for each recipe, so that once the set temperature is reached, the ice cream remains at that temperature, waiting to be extracted.

Gelato 12k ST, thanks to the technology used has a limited weight and can be easily transported and moved, being equipped with 4 wheels of which two are blockers.

Cleaning is facilitated as a slide, gate, tray support shelf, all parts made of stainless steel and can be easily removed.

The blade, made of stainless steel, has techno polymer inserts with easy hooking.

The casing is made of stainless steel and the machine complies with NSF regulations with respect to food processing machines.

Compared to the previous model, the thermodynamic system has been upgraded, consequently increasing the power of the condenser ventilation system.